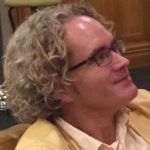 Matthew is well known as a Concertmaster and Music Director.  He is the founder and Artistic Director of Wellington Opera.

In 2019, he was Music Director for Eternity Opera’s production of Rigoletto, following on from a critically acclaimed season of Madam Butterfly in 2018.

He has directed programmes with the Wellington Orchestra and Southern Sinfonia and has conducted masterclasses in Vienna, Stockholm and Moscow. He is an alumnus of the Symphony Australia Conductor Development Programme.

He has performed many of the major violin solos in the orchestral, opera and ballet repertoire, including Swan Lake, Scheherezade, Romeo and Juliet, Coppelia, Madame Butterfly, Capriccio Espagnol and Capriccio Italien. Many of these recordings are played regularly on Radio New Zealand.